Japanese poetry has been adopted by the English poetic world for generations, but there’s still a lot of misunderstandings about its various terms and forms. I’ve studied these poetics forms for many years, and it irks me that so many misunderstandings persist. I can only imagine how someone with a more immersed background in the Japanese poetic tradition must feel.

This post is my attempt to discuss some myths, misunderstanding, and lesser known facts about the Japanese poetic forms of haiku, senryu, renku, tanka, and haibun and their English counterparts. Collectively, they can be referred to as Haikai (more on that in #1 below). I may add more, but for now I’ll start with eight.

2. English language haiku is not supposed to be 3 lines of 5-7-5 syllables. This is arguably the most pervasive myth that just can’t seem to be debunked as pervasively. In Japanese, haiku are traditionally written in three vertical lines, consisting of 17 Japanese on, in a 5-7-5 pattern. A Japanese on is a sound, not a syllable, however. English writers of haiku, and even many teachers, preach that a haiku must be three lines with 17 syllables in the same 5-7-5 pattern. This is patently untrue, and is kind of a big deal. Seventeen on is the approximate equivalent of 12 English syllables. Writing a haiku with 17 syllables, therefore, is cheating. The beauty of haiku is saying much in few words. Shoot for twelve or fewer syllables if you want to stay true to the spirit of haiku.

3. Haiku is not just a short poem about nature. Haiku is really about the human condition. Writers of haiku use nature to create an image that says something about human behaviour or life as we know it. This is why the aforementioned issue of length (see #2) matters, because it’s pretty easy to paint a pretty picture in just a few words, but not so easy to connect that scene to the human condition without adding to the length. By the way, haiku also doesn’t use metaphors or similes (in the vein of “___ is ___” or “___ is like ___” respectively), adding to the challenge.

4. Punctuation, line breaks, and spacing are a very important part of haikai. In English poetry, we place a lot of emphasis on line breaks and white space, but we don’t always put as much emphasis on punctuation. Often, we simply don’t include any punctuation at all. In Japanese poetry, the concept of kiregi, or a “cutting word”, is very important. The Haiku Society of America describes the kiregi as “spoken punctuation”, and creates a pause meant to emphasize a certain part of the poem. Kiregi is often represented by punctuation, but sometimes through a well-placed line break or white space.

5. Senryu is not pronounced SEN-REE-OO. I didn’t even know this until very recently, but the R isn’t really an R in Japanese. It actually sounds like SEN-DOO. People might look at you funny if you pronounce it this way, but you’re an artist, so what do you care?

6. With haikai, make rhythm a priority. Have you every wondered why Japanese haiku are in a 5-7-5 format? As it turns out, the alternation of short to long and back again is important in all forms. Senryu also follows the 5-7-5 format in Japanese forms. Even in longer collaborative forms like renku, subsequent stanzas usually alternate between three lines and two lines to maintain the short-then-long rhythmic style. This is not about meter the way that sonnet stanzas alternate lengths in a rigid format. Haikai is about ebb and flow more than staccato rhythm. Remember, the Japanese on is not a syllable, but a sound. Syllabic meter doesn’t fit well with haikai.

7. Tanka does not have to be 31 syllables. Tanka is one of the most ancient forms of Japanese poetry (originally called waka). It is made up of five lines, the first three being in the format of a haiku and the last two being of approximately the same length as the third (e.g. 5-7-5-7-7). Tanka is the equivalent of two stanzas of renku. Contrary to popular belief, tanka does not need to be 31 syllables. This is for the same reason that haiku does not need to be 17 syllables. In Japanese, the form is 5-7-5-7-7 on, but as previously mentioned, one on does not necessarily equal one syllable. So, tanka should be no more than 31 syllables, not 31 syllables exactly.

8. Tanka in its truest form makes use of a pivot line. Tanka is essentially a standalone poem that is the equivalent of the first two stanzas of the longer renku. With renku, the form is typically collaborative, with another writer taking over to write the second stanza, picking up where the first writer left off. In keeping with this sentiment, tanka uses a pivot line to create a turn between the third and fourth lines. The third line usually serves as the pivot line, creating a connection point between the first two lines and the last two lines, which otherwise don’t often connect. The pivot line, therefore, creates a connection between two otherwise unrelated ideas.

That’s it for now! I hope to add on to this article in time. Over the next several weeks, I also plan to publish critical analyses of some of my favourite haikai. I know a lot of you are visual learners, so I’m hoping these infographic-style analyses will help you better understand the beautiful and varied forms of haikai. 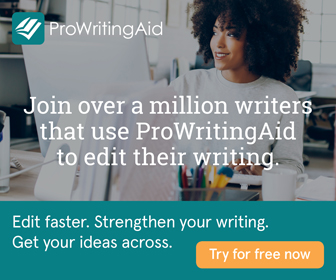